Titanium TV was a free application that allowed users to download movies, TV series, documentaries, anime, and other content. Users could also use the app to stream videos online and search for many entertaining titles. But ever since it closed, there have been hundreds of clones that have come up that offer the same interface and content. However, the majority of those applications are not legal. Rather than using an illegal app to watch full-length films, there are many Titanium TV alternatives you can use legally. 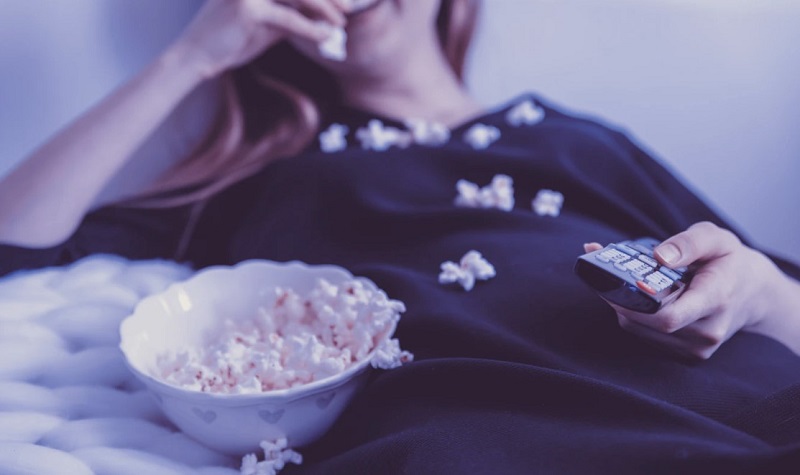 Many Titanium TV alternatives offer their content for free. Although other applications require a small monthly fee to use, they give you a free trial to get started and enjoy the programming. The free services have ads that pop up whenever you are watching your favorite shows.

The best Titanium TV alternatives are:

Amazon Prime Video is an application for watching an unlimited number of TV shows and movies, including Amazon Originals. It is one of the best apps similar to Titanium TV for Firestick because it features the option of downloading videos for offline viewing.

You can also use the app to cast from your smartphone to your Smart TV or projector and view IMBD data about the films or television shows you want to watch. Although the service is premium, it offers a free trial for all new users.

Netflix is the leader in the world of online movie streaming. It is a platform where you can get the most popular TV shows and films from across the globe.

The app is by far the best alternative to Titanium TV because it has lots of award-winning series, stand-up specials, documentaries, movies, and entertainment for kids. You can download videos for offline viewing. Netflix requires a subscription to use the service. But new users get a 30-day free trial.

Disney+ is a new entrant in the world of online streaming and one of the best Titanium TV alternatives for Firestick. It is a service that gives you unlimited access to your favorite TV shows and films from Disney.

Disney+ has lots of originals and content from channels like National Geographic and comic publishers like Marvel. With Disney+, you can download as many videos as you want for offline viewing. You will need a monthly subscription to use the service, or you can enjoy a 7-day free trial.

Hulu allows users to watch Hulu originals, favorite TV shows and movies, live TV with over 60 channels, and live sports and news. The service has several plans personalized for each user.

With its ad-supported plan, you can browse thousands of episodes and entire TV shows of more than 85,000 titles. You can also use it to find classic hits, discover the most popular films, and get a curated TV experience and a personalized television library.

FilmDoo is a streaming platform that gives users the chance to stream hundreds of excellent independent and international movies instantly. You can watch films on various connected devices, including smartphones, PC, Mac, and Smart TV.

As a member, you can stream free short cinemas and rental movies from across the world. The service does not have a monthly fee. Members can choose to watch a film and pay for it.

HBO NOW is one of the best streaming platforms and an excellent titanium substitute. It is through the app that you can watch premiers of some of the most anticipated blockbusters and television shows.

The application adds new exciting movies every week, and you will also get comedy specials, talk shows, documentaries, news, and special events in the world of entertainment. HBOW NOW is a subscription-based service, but new members get a free trial.

Crackle is a free online streaming service that is available in 20 countries. It offers unlimited streaming of movies and television shows, including documentaries, comedy, and kids’ programming.

Since the service is from Sony Entertainment, the films you will get on its app are from Sony Pictures. Although it is free, you will have to deal with ads anytime you open a video.

Tubi is a streaming service that allows you to watch an unlimited number of movies and TV shows for free. It offers an array of content, including comedy, drama, kids, and action, among others. You can also get specific niches like Korean, Spanish, British, and anime films.

All videos are available in HD, and you can stream them on all devices, including smartphones, Mac, Windows, and Smart TV. But as a free service, expect to see ads from time to time.

Vudu is a digital video-on-demand streaming service. Although it is one of the many apps like Titanium TV, the difference is that it allows users to buy, rent, stream, or watch a movie and TV show for free.

All videos on the platforms are available in stunning sound and clarity of up to 4K UHD. You can use the app to get thousands of titles for free with some limited ads. Once you download the application, you will have to sign up with no subscription.

Popcornflix is a free service that allows you to stream movies, television shows, and documentaries. It is a premium app that has over 700 film titles that you can watch without any fees or a subscription.

The application adds new films every day and has many genres and niches such as urban, romance, action, horror, and comedy, among others. You can also get Bollywood movies and films produced in Spanish and Korean languages.

Despite the Titanium TV shutdown, the options to stream movies and television shows are endless. Many apps like Titanium are available today that allow you to watch genres like action, comedy, and horror films for free.

Although applications like Netflix, HBO NOW, Hulu, and Disney+ require a subscription, you can still use them because they offer a free trial. Or, consider ad-supported platforms like Crackle, Vudu, and Tubi to watch an unlimited number of TV series.