The most common reason your Zmodo camera won’t scan the QR code is a dirty lens, screen glare, or a cracked screen. But that is not the only reason. Here, we look at how to scan the QR code properly as well as diagnose any other issues that might be preventing the code from scanning.

We have also included information on manually adding your camera to your network without scanning the code.

How to scan a QR code with your Zmodo camera?

Once the QR code is scanned, you will hear a Device Connected voice prompt. Follow the remaining on-screen instructions to complete setting up the Zmodo camera. 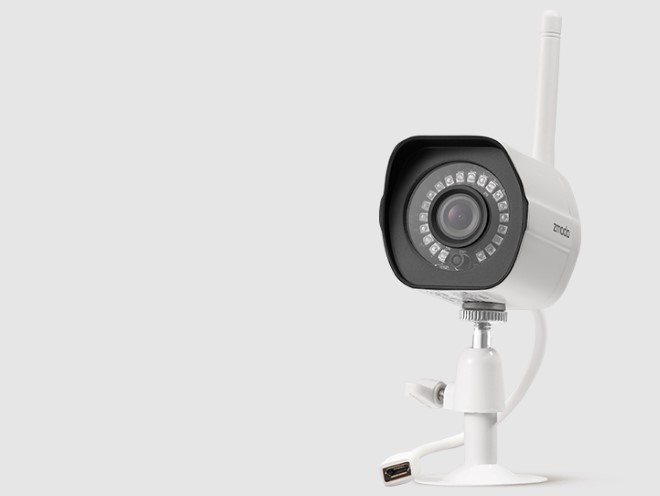 Why is Zmodo not scanning the QR code?

There are several reasons why the Zmodo camera might refuse to scan the QR code from the app. Below are some of them:

Below is a look at how to fix Zmodo cameras that won’t connect to your Wi-Fi network through the QR code:

If your camera lens is dirty, part of the QR code will be blocked, causing the connection to fail. The image can also be blocked if you are using the camera lens with the screen film protector that comes with the device.

To fix the issue, first, make sure that you have removed the film protector. Then, clean the camera lens with a microfiber cloth or dry tissue paper and scan the code again.

Your phone’s brightness level might be another reason the QR code is not scanning. If your phone’s screen is too dark, the image will not be visible to the camera.

On the other hand, if it is too bright, the phone might cause a glare that blocks part of the code. Therefore, adjust the screen brightness either upwards or downwards and try scanning the QR code.

3. Move closer or farther away from the camera lens

If you are too far from the camera lens when scanning, the device might not sense the code.

See Also:  How to reset Night Owl DVR (guides for all models)

On the other hand, if you are too near, part of the code might be outside the camera lens’ field of view. To scan the code without issues, your phone should be about 8 inches from the camera lens.

Another thing you should check on is the distance between your camera and your Wi-Fi router.

If you are too far away, your Zmodo camera’s signal will be poor, which will read to issues when scanning.

4. Resize the QR code image on your phone’s screen

Your Zmodo camera can also fail to detect the QR code on your phone if the image is too small. Therefore, you need to zoom the image slightly to detect it.

However, it would be best if you were careful not to enlarge the image so that parts of the code are not visible on the screen. 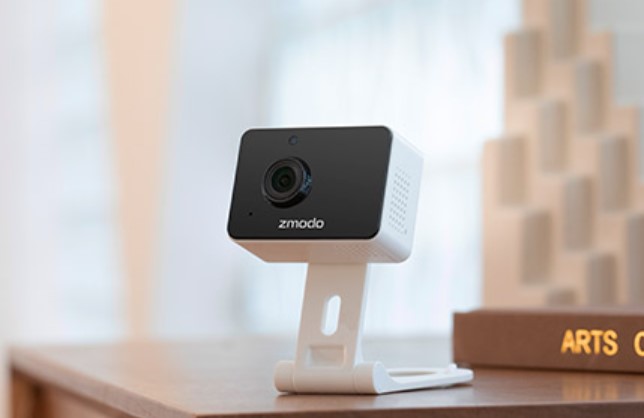 5. Switch to another phone

Is your phone’s screen cracked? Parts of the QR code might be obstructed by the cracks, thus causing the image not to be scanned.

In this case, you need to switch to another phone. Alternatively, you can take a screenshot of the QR code, send it to another device (including your PC) and scan the image with the camera.

6. Make sure you are scanning a new camera. If not, reset the camera

Are you trying to connect an old Zmodo camera? Chances are that the camera is already connected to another device.

In this case, you won’t be able to add it to your home network. However, resetting the device will wipe all the settings, allowing you to scan the QR code. A reset can also resolve glitches in the camera, which could be causing issues with scanning.

To reset a Zmodo camera, press and hold the reset button on your device for about five to ten seconds. When the reset is complete, the camera will start blinking green. The reset button is either on the back panel or the side of the camera, depending on the model you are using.

How to add a Zmodo camera without a QR code

What if the QR code doesn’t work? How can you add your camera? The QR code method is the easiest way to connect your Zmodo camera to your home Wi-Fi.

However, if the method fails, you can manually add your camera to the network. Below is a look at how to do it:

Zmodo cameras can be a great addition to your home security system. However, you might experience issues adding the camera to your home Wi-Fi network, especially if scanning a QR code.

However, with the above information, you can easily troubleshoot the issue or even manually connect the camera to your network.