With numerous games being released yearly, finding the best PS4 games with local multiplayer support isn’t easy. However, there are many great games that fall in that category. 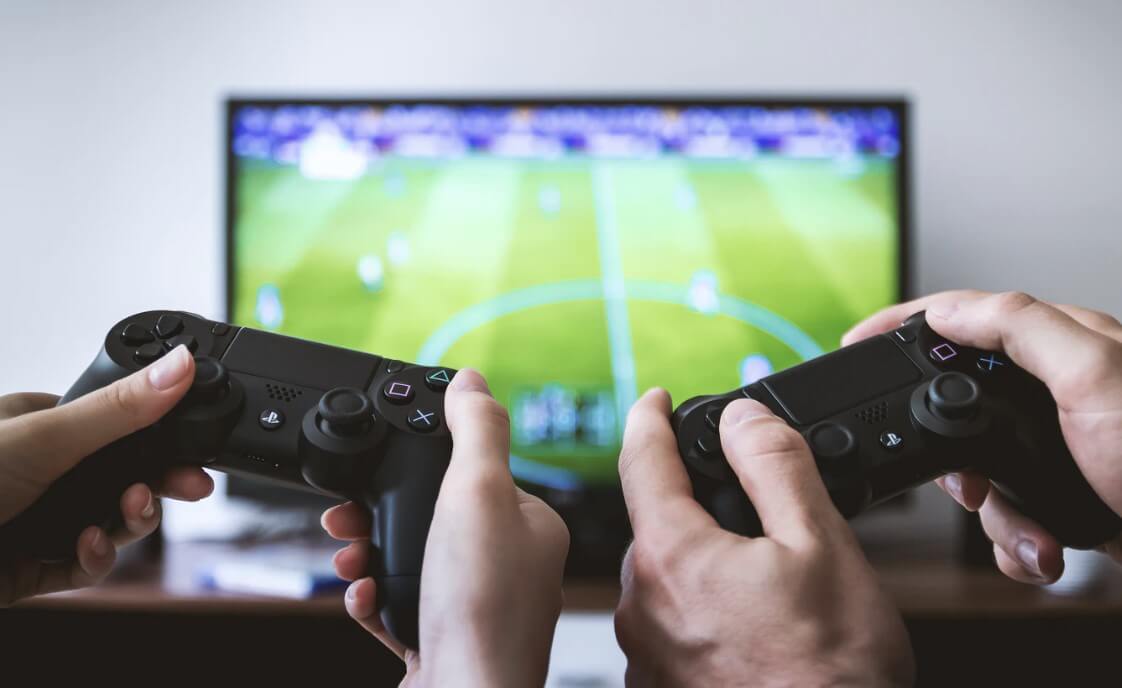 Whether you are looking to play with a spouse or friends, you will definitely enjoy their incredible gameplay and storylines.

These are the best PS4 couch co-op games for you and your friends to enjoy and play fun together.

Towerfall: Ascension is on a different level compared to many other local multiplayer games for PlayStation 4.

It is easily the best PS4 multiplayer game. Even better, the game offers players a variety of multiplayer modes.

As a player, you will enjoy a variety of features ranging from controlling amazingly designed characters to forming teams and shooting arrows.

You’ll only start with three arrows. However, the game gradually increases in tempo, enabling players to enjoy a full-blown symphony of mayhem and destruction.

The orderly chaos achieved by Towerfall: Ascension can easily lead to entertaining couch multiplayer sessions that last for hours.

The co-op campaign gives you an excellent feel for the game. It enables you and your friends to enjoy the game’s primary versus mode.

Overcooked 2 is just an example of how technology is changing the way we live. This video game is not only fun but can also help to improve your cooking skills.

Even though the game will not do a lot to stimulate your taste buds, it will improve your cooking speed. It pits four players among each other inside a variety of themed kitchens.

The goal here is to ensure that you deliver the most orders correctly and as quickly as possible while avoiding the different obstacles, the game throws at you as you do so.

While it is easy to ascertain what the game entails from its title A Way Out, it does not show how great it is.

A Way Out is one of the most iconic and entertaining two-player PS4 games. In the game, the two main characters must work in tandem to escape the prison they are locked in.

Therefore, if players do not work together and form a solid team, it will be impossible for them to see the game through.

This makes A Way Out a game for friends looking for a truly shared experience.

Indeed, Dragon Ball Z fighting games can be disappointing due to their poor design and low-key characters. However, Dragon Ball FighterZ came in to change all that.

The fact that characters in Dragon Ball FighterZ can attain a power level of over 9000 was one of the reasons both Marvel vs Capcom fans and Dragon Ball Z players had waited for the game for quite some time.

Even though the game’s gameplay mechanisms are easy to understand, mastering them is another thing altogether. You need to play the game a lot to master them properly.

However, this should not be a problem as the game’s tag team system allows you to form three teams, enabling you to enjoy it with your friends.

Sports games are some of the best couch co-op games for PS4. Saying that FIFA 20 is one of the best PS4 multiplayer games out there will not be an overstatement.

This game can have you spend long hours on the couch competing with your friends and having the time of your lives.

Not only does FIFA 20 provide the best football simulations ever on PS4, but it also offers a variety of multiplayer options to ensure that players have fun playing the game.

You can select almost any football team on the planet (including clubs and countries) or choose any competitive co-op modes available in the game.

Any kid of the ’90s certainly remembers the famed Street Fighter II that made our imaginations run wild, wishing we could throw fireballs from our hands while screaming our lungs out.

But unfortunately, characters like Chung Li, Ken, and Ryu got kids stuck to their consoles.

However, this does not mean that kids nowadays cannot enjoy the same fun we did back then. The latest Street Fighter V: The Champions Edition, offers all that and more.

The iconic game offers everything a local multiplayer game should have to ensure you and your friends have a fun time playing the game.

From over forty characters, immaculate gameplay mechanisms, new characters, and many stages, Street Fighter V is sure to make your couch the place to be whenever you want to have fun with your friends.

When it comes to PS4 multiplayer games, Rocket League is the definition of the hectic arcade. Even though the game’s premise is simple, it is entertaining.

These games range from basketball to football, even one involving breaking floors.

Another fascinating thing about Rocket League is that it is quite an easy game to pick up, meaning even non-gamers can enjoy it too.

If Crashing Team Racing is one of the best local multiplayer games, its remake, Crash Team Racing Nitro-Fueled is way better.

Even though Crash Team Nitro-Fueled features the same intense kart racing experience as the original game. It includes a variety of new modes that make the game very exciting.

The game’s downside is that most of its new play modes are single-player. However, it has an arcade mode that provides an intense local multiplayer experience on a split-screen.

It also offers a perfect battle mode when you and your friends need extreme fun and friendly competition.

Ever had the dream of putting together a rock band and creating some top hits with a group of your friends but didn’t get to do so?

There is no reason that you cannot live the dream through video games. Rock Band 4 on PS4 allows you to do so.

Rock Band 4 allows up to four players to select and play any song on the catalog on its Quickplay mode. It also allows players to play a series of pieces in its Shows mode.

However, the most exciting mode of Rock Band 4 is its Band Tour Career Mode, which can make you and your friends feel like rockstars.

Rock Band 4 also allows you to replace a member of your team with a singer online if your singer isn’t good or you do not have one.

If you haven’t been living under a rock for the past decade, then you have heard of Minecraft.

This sandbox game gives players unlimited freedom to explore user-generated worlds, fight enemies and expand their horizons from the first-person point of view.

Even though most people enjoy the games online multiplayer mode, the local multiplayer PS4 games mode for up to four players is also highly enjoyable when friends want to socialize and enjoy each other’s company.

Playing video games is one of the best ways to pass the time. However, finding an excellent PS4 game might be much trickier.

The above list outlines some of the best PS4 multiplayer games available this year. Any of them will get you to have some fun and create some good memories.