With the introduction of PlayStation 5, many developers will be looking to developing video games that conform to the architecture and features of the gaming console. But that does not mean gamers will forget playing PlayStation 4 games. 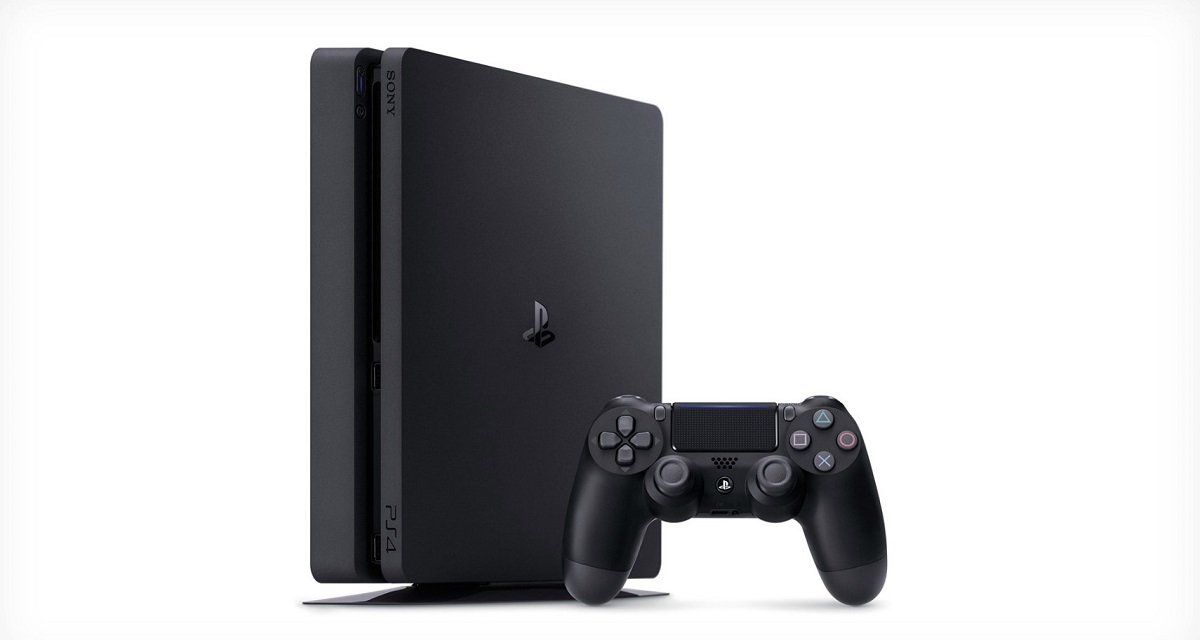 It is also possible that many people have not fully enjoyed or got to know or play some of the best local 4-player PS4 games ever released.

The advantage of 4-player PS4 games is that they are not only competitive but entertaining. You can get cooperative games and play with your family and friends, even without an online connection.

Ideally, you can find a catalog of titles that are terrific, thrilling, and excellent to play even with your kids.

These are the best 4-player PS4 games: 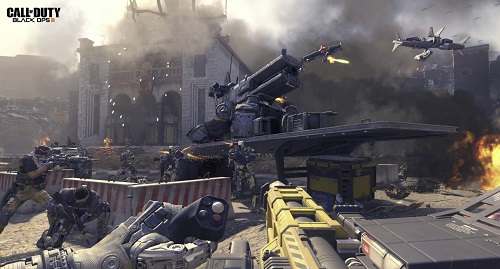 If you are a Call of Duty fan, you will love Black Ops III. It is a first-person shooter game that follows the events of Black Ops II. The game has a design that supports up to four players in cooperative gameplay and is one of the best 4-player split-screen PS4 games.

Unlike its predecessors, Black Ops III gives gamers special activities and more modes. For example, it has the Nightmares mode that turns enemies as zombies. The game has a lot of content, a straightforward story, and better settings and characters. Also, you can play all its modes both online and locally in split-screen. 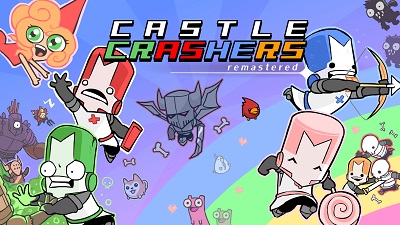 Castle Crashers Remastered is a game that takes you back to your childhood. Unlike other long and extremely challenging video games, Castle Crashers is easy and fun to play. It has an interesting plot whereby players must hack, slash, and smash their way to victory.

The 2D arcade adventure game is suitable for up to four players who can play it both online and locally. Throughout the gameplay, you must defend your kingdom, princess, and cause havoc on castles that stand your way. But to beat each level, you must be well-prepared, concentrated, and fast before the bosses finish you up. 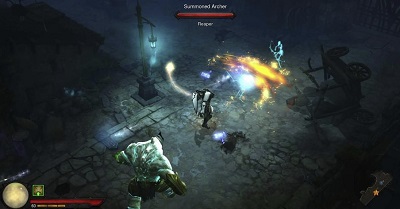 If you want a role-playing game that allows you and your friends to engage in lots of action using high-quality items that cause extra damage, consider Diablo III. While there have been many RPGs in the gaming scene which have gone obsolete, Diablo III remains strong thanks to the constant changes and improvements in the game.

It is one of those games that will consume most of your time but keep you entertained for hours. Its execution of violence is thrilling and never-ending. However, it may not be suitable for kids. 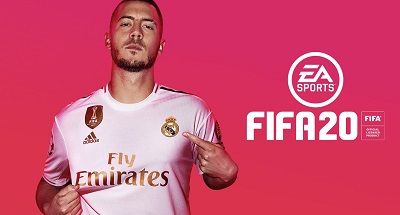 FIFA 20 enjoys a massive following worldwide because of its simple gameplay and competitiveness. The game is so competitive that only the skilled and tactically sound players can win in any match-up. If you are a soccer fan, you will love the VOLTA Football mode that focuses on street football instead of the eleven aside gameplay.

FIFA 20 requires players that are fast, realistic, and crafty. With its Authentic Game Flow feature, enhanced Ball Physics System, and user-controlled Decisive Moments, the game puts you at the middle of crucial moments in each match.

Everybody’s Golf is a game that supports local multiplayer where players engage in tackling different golf courses. The game has eight courses that average about 20 minutes to complete each course. All courses are not accessible when getting started.

You must compete in tournaments and win them so that you can open classical courses. Although the average course length is 20 minutes, it can take you hours to even reach the second or third level. That is a unique factor of a game that seems simple to play from the onset.

Helldivers is a top-down multiplayer shooter game that gives you the ability to harm your teammates. As Helldivers, your mission is to lead the defence against an alien that threatens humanity. Together with your friends, you must coordinate your actions throughout the combat scenes.

But understand that the game has many chaotic combat sequences where a simple mistake can crush you or find yourself launching weapons over the heads of your teammates. You may also find yourselves engaging in friendly-fire. In simple terms, Helldivers requires skilled players to carry out missions successfully. 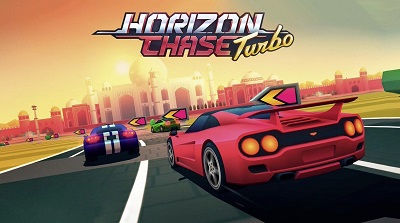 Horizon Chase Turbo is an arcade racing game that is fluid, fast and has lots of practice modes for players. It gives you the freedom to control the cars and pack them anywhere you want. As a classical video game, many adult gamers can relate to it because of its 80s and 90s graphics.

You will get unrestrained speed limits as you move your car to some exciting places where you will encounter all weather elements, including severe sandstorms. Although you can play it alone, it is more fun and entertaining when you play it with three other friends.

See Also:  Best 2-player PS4 games to play with your wife or girlfriend 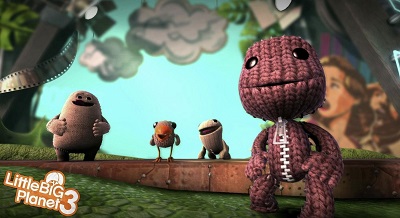 LittleBigPlanet 3 is an adventurous game that boasts of lots of content and requires creativity from players. Although its story mode is short, it has various gameplay tricks for each stage that will keep you busy and make the whole experience fun for you. It has awesome music and graphics and allows for better controls.

LittleBigPlanet 3 is a game for both adults and children. One of its most unique features is that you can play through its levels or make your own and publish them for others to enjoy. 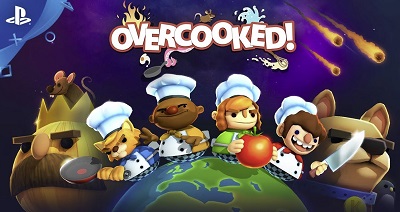 If you are looking for the best 4-player co-op games for PS4, you should consider Overcooked. It is a wild cooking game you can play with up to four players. Its gameplay is straightforward. You must work as a team to prepare, cook, and serve your orders. Everything should be fast to avoid irritating your customers.

The game has both co-operative and competitive challenge modes. Although it has a few minor performance and presentation issues, Overcooked is a well-executed game. Its controls are simple, and its gameplay makes it accessible.

Puyo Puyo Tetris is a game for those that love puzzles. It has five game modes that you can play with up to four friends, both locally and online. A unique feature of the game is that its controls are sensitive.

That means when playing it, you can send some pieces to the wrong position accidentally, and hence making you lose. As one of the best PS4 4 player split-screen games, Puyo Puyo Tetris does not have a beginner, easy, or slower mode. It is generally for experts only.

Rocket League continues to be one of the best PS4 games for 4 players ever developed. It has both competitive and casual matches you can play online with other gamers. The game has an offline season mode that allows you to play with other friends and change the rules to your liking.

Rocket League is one of those games that force players to learn new things about it, the more they continue playing. It is addictive and has lots of fun, especially when you play casually. If you are a competitive person in the world of gaming, this is the game you should play.

SpeedRunners is a multiplayer racing game that allows players to compete against each other to outrun their opponents. In the quest for success, they must use various resources at their disposal, including power-ups and grappling hooks. When playing, you must avoid falling behind, or your turn will be over.

SpeedRunners is an exceptional game that has lots of technical features. Its straightforward and outstanding gameplay makes it addictive for any players. You can play it both online and locally with your friends. 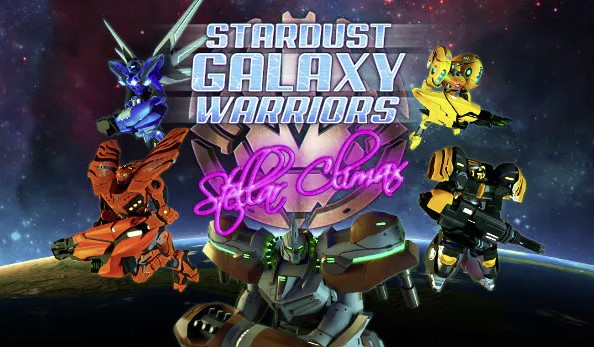 Stardust Galaxy Warriors: Stellar Climax is a 4-player couch co-op shooter game that involves a lot of action and the use of weaponry. It has many game modes that can keep gamers engaged and entertained. You can choose from various gameplay settings and weapons that will give you an edge over your competitors.

The advantage of playing the game is that you can decide to play it with its default rules or tune its settings to fit your preferences. Despite being enjoyable, it is also challenging to play it. Players have to co-operate to have any chance of defeating evil and saving the future. 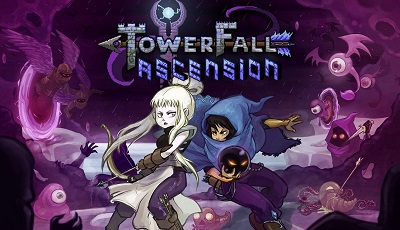 TowerFall Ascension is one of the most addictive PS4 games for 4 players online. It is an action-packed game where each of its matches is fast, and you can end up fighting for hours. But you can reduce playing time by switching to co-op mode and work together with your friends to face off the enemies and defeat them as quickly as possible.

The game is also ideal for players that are looking for some friendly competition. It needs gamers that are more focused on defeating the enemy. But in general, TowerFall Ascension is spectacular, entertaining, and unique in its architecture and graphics. 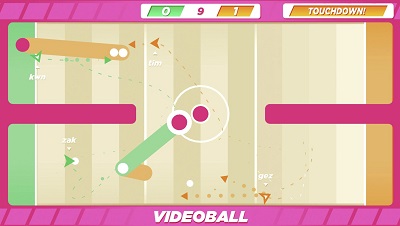 Videoball is a sports video game that offers a 2D hybrid of soccer and air hockey on one screen. In its gameplay, players must form two teams that consist of three individuals. They must shoot projectiles and knock circular balls into the opposition’s goal.

While it is a typical sports game, it is simple but more technical. Its presentation is also straightforward, although it has a few modes. However, you should be prepared when playing it because of its depth and pace.

As a gamer, it can be confusing to determine the best PS4 games for 4 players to play with your family or friends. From arcade to shooter and puzzle games, you have unlimited options to choose from. But you can make things easier for yourself by choosing a game that is fun and entertaining to play.