GamePigeon is the best game collection on iMessage. The game set has a number of different titles that fit just about any player out there. From sports to arcade games, the collection delivers without compromise.

GamePigeon games for groups are among the most played game titles on mobile phones.

It is still difficult to outright pick one of the Gamepigeon games as the most outstanding. Each game has its own unique features that make the experience pretty different and enjoyable.

Here’s a list of the best games on GamePigeon. 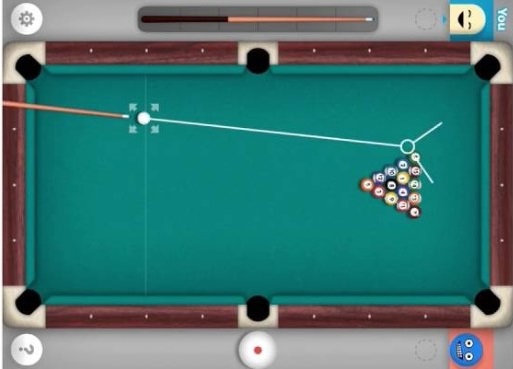 This is the most popular game in the collection. The rules of the game are pretty simple. Just like the normal 8-ball pool, a player has to pocket either stripes or solids.

Once the first player has pocketed, an indicator will appear above all the balls that each player has to pocket. A player has to pay attention to the power and direction of the shot for the best results.

For more, check out the guide on how to win in 8-ball on GamePigeon.

Poker is another popular game in this series. It is one of the GamePigeon games that you can play with friends. The rules of contemporary poker will apply.

The dealer will deal the cards and each player will take turns playing the game. Some updated releases of GamePigeon may not have the poker game.

This is the leading strategy game in this collection. This is one of the best GamePigeon games for three players.

The game is played on a board with players trying to guess the position of enemy ships within the board.   Players then have to destroy the enemy ships as fast as they can.

Here is a guide for playing Sea Battle on GamePigeon.

Anagrams is a puzzle game that allows you to find words that are scrambled.

The game tests your word knowledge and rewards you points depending on how complex each word you solve is. The game is one of the difficult ones to play.

Mancala is one of the oldest games known to man. It is a two-player strategy game. Players have to collect a number of gems and ensure they collect the highest number to win the play.

The rules are simple. This simplicity makes it popular among all players.

Gomoku is an abstract strategy game that is also known as five aside. It is played by a minimum of two players.

New GamePigeon games allow players to use a custom board when playing. The board used in this game is a 15 x 15 one.

This is a multiplayer game that has a mini-golf course but does not have the outlook of a real golf course.

Players will compete to pocket the ball as many times as they can.

This is another board game for the collection. It is a multiplayer strategy game.

Players have to move their pieces until they eliminate the opponents.

When want to play iMessage games that give you a challenge, try chess. This is the ultimate tactical game.

The rules of check apply also to the Gamepigeon version. Two players have to compete until one wins the match.

The aim of the game is to slide all four of your shuffleboard weights alternately against those of your opponent to the highest scoring area without them falling.

It is an extremely competitive game as it offers a significant contest. Here’s a guide on how to play shuffleboard on GamePigeon.

The GamePigeon collection still has more games. These, however, are games that most players enjoy playing.

Other games available on GamePigeon include Four in a Row, Knockout, Word Hunt, Tanks, 20 Questions, 9-ball, and more.